About Our Yorkdale Team 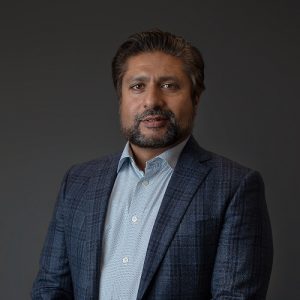 It was the Summer of ’96 and I was wrapping up my undergraduate studies at University of California-Irvine. I had just finished writing my DAT (Dental Admission Test) and began the process of applying to dental school. I was destined for a career in Dentistry!

Or so I thought…. A chance encounter with a chiropractor at a friend’s dinner party would alter my route. At first, I was dismissive of Chiropractors. Were they even real doctors? Were they even licensed to practice as healthcare providers? Like many North American, my impression of chiropractors was that they “pop” people’s necks and back, and sometimes a person can get a stroke from the neck “cracking”. I admit these queries I had about chiropractic were from coming from a place of ignorance and stereotypes shaped by what we refer to as the medical establishment.

When I conversed further with this chiropractor, Dr. Khan, he told me about the kinds of conditions he treated: headaches, muscle pain, carpal tunnel syndrome, disc injuries, and many other ailments. He told me how he uses x-rays to guide his treatments. He asked me to come by his office for a visit. I begrudgingly accepted( more out of courtesy)…because I was going to be a dentist and no body is going to change my mind!

Upon entering his clinic, I noticed there was an aura of calm and tranquility. Patients seemed happy to be there…and get this many were coming to him for many years for maintenance care. There were people of all ages and demographics. The staff was so friendly, and the clinic seemed like a happy place to be. I shadowed him for the afternoon and saw the different types of conditions he was treating. I was impressed after that visit. Chiropractic had piqued my interest. I think within a couple of weeks, I called the local chiropractic college and booked in a campus tour. At this juncture, I was still leaning towards dentistry, but I thought it would not hurt to see the college and learn a bit more about chiropractic.

I found myself on the campus of Los Angeles Chiropractic College (LACC) for a campus tour. The first place they showed me was the Gross Anatomy Lab. I will never forget the pungent the scent of formaldehyde as I entered the lab. I saw first-year students performing dissections on their respective cadavers. That was a cool thing to see. The tour guide was a student at the school, and he was telling me about the classes they take: anatomy, physiology, histology, pathology, physical exams, etc. I must say I was impressed with the breadth of courses chiropractic students take while undergoing their training. I also learned that chiropractors must have a minimum of 4800 hours of patient contact before they graduate! When I left the tour, I had decided that chiropractic was my calling.

I applied to LACC for the fall semester and was accepted!

After slogging through roughly 4 years of chiropractic school and passing my national board exams, I received my license to practice chiropractic. Like many young doctors, I found myself practicing in the “Pain-Centred” patient model. Patient has pain and you treat the pain. Most of the time, the pain goes away. But what if the pain does not subside or it returns? Does that mean I have failed my patient? This kept gnawing at me for many years in practice. I also enrolled in post-graduate courses in neurology and learned the wonderful neurological pathways and how chiropractic treatment can influence some of the neurological pathways. In 2008, I wrote my examination and became certified by the American Chiropractic Neurology Board. Neurology helped me to better explain chiropractic to myself and my patients. Additionally, I took on a role as an Assistant Clinical Professor in the outpatient clinic at Palmer West Chiropractic College in San Jose, CA.

Again, another encounter a few years later with my friend (and classmate) Dr. Manjit Gauba set me on another trajectory. Dr. Gauba, whose practice had gone through a metamorphosis many years before, was now using technology to adjust people’s spines. Dr. Gauba was passionate about bringing chiropractic care to the masses…and he was able to marry computerized adjustment technology with chiropractic care! The people who are afraid of the manual “cracking” sounds could still get the benefits of chiropractic care without the cracking! What a concept! He called his clinic Divine Spine, and his approach was simple, yet progressive. Use technology to improve the health of the people. Dr. Gauba also realized that people’s resistance to chiropractic treatment was not affordability in the economic sense, it was affordability in terms of time. Who has the time to come to the clinic an hour, three times weekly? I do not.

Divine Spine’s approach is efficiency of time. People can incorporate 20 minutes, 2-3 times weekly into their life, and thus incorporate it as a part of their health lifestyle. What can be done in an hour’s time has been distilled to know more than a few minutes 2-3 times weekly. Dr. Gauba’s approach moves us from a pain-centred model to a patient-empowerment model. He has spent 15 plus years perfecting the system of delivering chiropractic care and has been wildly successful in Alberta with more than 16 clinics. In fact, he’s written a book!

When he told me about his interest in bringing the Divine Spine approach to Ontario, I was sold! He asked me to join him in opening the very first Divine Spine Yorkdale location in Ontario.

Chiropractic has changed my life and I hope Divine Spine’s computerized chiropractic adjustment technology changes yours too. I have realized that in life we come to many crossroads. If you find your health at a crossroad, you have a place at Divine Spine. Please let us join you in your journey towards optimal health.

Divine Spine Practitioners specialize in helping you ease your pain so you can live an active and healthy lifestyle through spine, muscle, and nervous system care.