About Our Airdrie Team 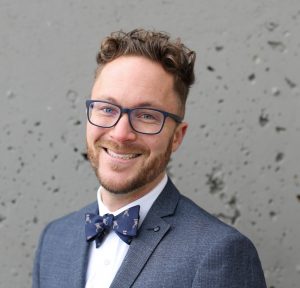 “I have always been fascinated by how the body works and interested in natural ways to heal it. This interest started when I was 16 after my younger sister was diagnosed with scoliosis. She was told she would need to wear a back brace for 23 hours a day 7 days a week and possibly require surgery where they put two metal rods in your spine. She was devastated and worried beyond belief! Our parents knew that this was a worst case scenario for my sister, who was 14 years old at the time, so they asked around and were referred to a Chiropractor for another opinion. After just a few adjustments with the chiropractor my sister was getting significant relief and feeling much better! At a later visit with her orthopedic surgeon she was told that the scoliosis was not progressing and that she wouldn’t need surgery! That’s when I knew I wanted to be a Doctor of Chiropractic…”

After completing his undergraduate studies at Carleton University, Dr. Travis W. M. Cox went on to attend Palmer College of Chiropractic. In his studies he focused his practice specialty on gentle & effective chiropractic techniques that help with headaches, migraines, neck pain, whiplash and back pain. Dr. Travis is a Board certified Doctor of Chiropractic in both United States and in Canada since 2009.

He has upgraded his education over the years to complete the following certifications;

When an individual presents with health issues that go beyond gentle spinal care, Dr. Travis enjoys using diet, nutrition, exercise and other evidenced-based lifestyle medicines that he has learnt about in his MSc program. Collaborating with a team of other holistic health care providers, such as Acupuncturists, Registered Massage Therapists, Pharmacists and Medical Doctors is another avenue Dr. Travis uses when necessary.

When out of the clinic he enjoys spending time with his two amazing boys, Cooper & Tristan. Such family outdoor past time activities include hiking, camping and skiing. When he’s not busy with his two young boys he enjoys competing in obstacle course races, strength training, eating a Vegan diet, yoga, meditation and playing guitar. 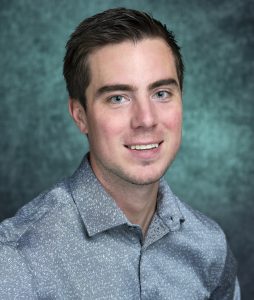 After graduating from the University of Lethbridge with a Bachelor’s degree in Kinesiology in 2015, he continued his schooling for Advanced Massage Therapy at Alberta Institute of Massage.  He received additional certification in Sports Massage Therapy.

Riley is also very experienced as a personal trainer.  During school, he worked at an Athletic Training Facility in Red Deer.

Riley believes in the Divine Spine approach of getting to the root of the problem, i.e. the spine and nervous system.  This is why he much prefers working as a Spinal Hygienist with Divine.

Growing up, Riley dealt with many sporting injuries, affecting both his full athletic potential as well as his daily life.  Going to many practitioners in all fields, including chiropractic, massage therapy, physiotherapy, and acupuncture, he became frustrated, obtaining different answers, and not achieving results.  This is why he chose to be in the field that he is, being able to help people and directing people to the correct kind of care they require.

In his spare time, Riley plays hockey and golf.  He enjoys family time including camping, boating, and hiking.   Riley plays competitive lacrosse with the Airdrie Mohawks.  He looks forward to meeting you and helping you on your health journey. 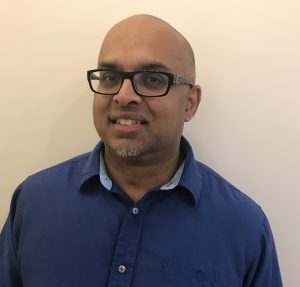 During his practice journey in California and Alberta, he practiced alongside many specialists – physiotherapists, massage therapists, acupuncturists, physiatrists, surgeons and anesthesiologists, just to name a few. As such, he has encountered a vast array of cases – ranging from simple to extremely challenging – which has tremendously helped establish his professional portfolio.
Dr. Dinesh’s main takeaway from years of practice, especially at Divine Spine Airdrie, is that it’s a blessing to be in a profession where the chiropractic doctor is acknowledged as the expert for low back, neck and all musculoskeletal issues resulting from whatever occasional turmoil and tumbles that everyday life brings.
Outside of the clinic he keeps fit with running and a mixture of aerobic and anaerobic training. He enjoys composing and playing music on the keyboard; also playing many times on worship teams. Occasionally he helps out at speaking competitions, usually finding himself in a judges chair!